I have been publishing internet platforms  for almost 20 years . Back in the early days of the internet, websites and online marketing and publishing  was new and fresh and we really did not know what to make of it, in fact few would guess it would take over every aspect of our lives.

I recall the very first time some even used the word “World Wide Web”. It was when we were still using 286 computers and web-browsers were still being developed. For me it was like discovering a “New World” and would use that phrase “New World” to eventually launch one of my early websites. My first website platform was called New World Builders and I used that term because I felt we were on the verge of a virtual New World. I even used the sub-title, The New World Wide Web.

So convinced was was I of the possibilities of the internet that I sold everything I had, sometimes gave it away, and “retired” into a world dark and creative, to continue to pursue my dream to build a world wide web platform that would compel and challenge readers to look beyond themselves and to discover a new world themselves. A second platform I worked on was my ‘Dreamland” sites which embodied my creative bent and where I published a series of short stories and personal prose and romantic poetry that gave me way to vent my deepest thoughts and reflections about “this, that and the other thing”.

All in I would eventually manage to develop many websites and create thousands of pages of new and regurgitated content some of which had to do with building materials, indoor air quality, books,  art, clothing, cool home products, dating, high speed trains, and many others.

If I was ever asked “Why”, I suppose I would have to respond, because I felt and still feel  that the internet has allowed the average Joe a way to express, create, build, discover and invest of themselves as well reach audiences across the globe to promote and share. At no other time in history has one been able to create and share music, poetry, writing, stories, etc. in such a accessible way. This is evidenced now by the millions of personal blogs and websites that are published across the internet. Today anyone can write a book, pen a short story, build an art blog, upload and share their music, create and share a music video or many other things for virtually for free.

Coming Up Magazine is presently the only current project in development and originates from my earlier work and writings. “Coming Up” was a term I heard many years ago when people would come across something that they wanted and in some instances they either took or stole. Since then “Coming Up” has transformed into a more conventional definition meaning more “Up and Coming” or as many of you know, “Coming Up” as in up next. Today “Coming Up” is used thousands of times a day on TV and the Radio to announce what’s next.

Coming Up Magazine is a music and entertainment oriented website.  I was inspired to create one day after talking with my son about fundamental business and life practices. My point that day was to explain that instead of just being a writer or a photographer or an artist, be a publisher. Why write a story or book and hope that someone will pick it up.  Publish your book or story or promote your music yourself. Don’t rely on others, I told my son, to help you succeed.

A second reason I developed it was to help my daughter promote her music. As an independent band member and singer

Today, Coming Up Magazine is about new bands and musicians on the come up. People, places and things on the verge of coming up and on the road to success.  It’s also an extension of my original writings called “Coming Up – A Street Wise Guide Through Life, Learning and Love”.

For me personally, Coming Up is the transformation we all must make to improve ourselves and to become all that we are capable of becoming, individually and globally if we are to survive as a species and as a planet.

Years ago I began writing and creating – at the time while in College – and used this old Brother digital typewriter – and I have never stopped.  Writing and creating pushes the brain to stay sharp and creative. It also forces us to evaluate ourselves and our opinions. For me publishing and editing reviews and stories for Coming Up Magazine forces me to listen to music that I would not do otherwise. It keeps me fresh and open minded to younger people and their art.

Won’t you join me on this journey to become and to Come Up? 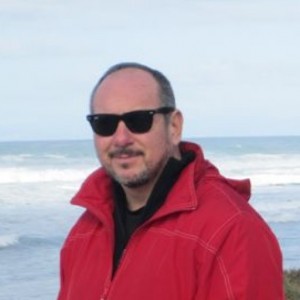 March 20, 2016 0
Previous Post Be Who You Is Because if you Be who you Aint, you Aint Who You Is
Next Post Why it’s time for a Trump revolution