Every ghostly horror movie has “the scene.”

It usually comes early in the story, like in The Sixth Sense: The protagonist walks into a room, like the kitchen, and all the cabinets and drawers are open. He’s puzzled. He doesn’t remember leaving it this way. So, he closes all the doors and all the drawers and walks out. A minute later he comes back in — and everything’s open again.

According to a Harris poll in 2013, about 45 percent of people believe in ghosts. In that same poll, almost 30 percent of the respondents said they believed that they’d personally been in the presence of a ghost.

When I poked around looking for “real ghost stories,” I found many accounts like the classic scene described above. You can’t “see” the ghost, but you know it’s there. They mess with the things you can see.

Most scientists, myself included, are pretty skeptical of ghost stories. But after attending a recent lecture on the “dark universe,” I got to thinking: How are we physicists different from anyone else telling ghost stories?

Over the last few decades, scientists have built a new picture of the universe where about 95 percent of its stuff comes in a “dark” form (27 percent being dark matter and 68 percent being dark energy). But what exactly do physicists mean when they talk about something being “dark?”

Well, basically, they mean the dark stuff acts a lot like a ghost in a horror movie. You can’t see the dark matter and dark energy — but you know it’s with you because it messes with the things you can see.

It’s important to understand that dark matter and dark energy are different “things,” in the sense we’ve inferred their existence through different kinds of phenomena. This means they go bump in the night with stuff we can see in different ways.

Dark matter was discovered decades before dark energy by looking at how galaxies rotate. It was Vera Rubin’s famous work in the 1970s that showed pretty much all spiral galaxies were spinning way too fast to be accounted for by the gravitational pull of the their “luminous” matter (the stuff we see in a telescope). Rubin and others reasoned there had to be a giant sphere of invisible stuff surrounding the stars in these galaxies, tugging on them and speeding up their orbits around the galaxy’s center.

Kind of sounds like those ghostly kitchen drawers doesn’t it?

Dark energy was discovered 16 years ago, when observations showed the expansion of the universe (known since Edwin Hubble in the 1920s) was accelerating. Once again, a form of invisible stuff was invoked to explain the motions of the visible stuff. In this case, dark energy was made accountable for nature’s heavy foot on the cosmic gas pedal.

So how do physicists and astronomers get away with claiming the existence of cosmic ghosts (dark matter and dark energy) when they would probably roll their eyes at descriptions of the more terrestrial haunted-house kind?

The answer is data, its prevalence and its stability.

There are literally thousands of studies now of those rotating-too-fast galaxies out there — and they all get the same, quite noticeable result. In other words, data for the existence of dark matter is prevalent. It’s not like you see the effect once in a while but then it disappears. The magnitude of the result — meaning its strength — also stays pretty consistent from one study to the next. The same holds true for studies of dark energy.

This is quite different from the many attempts, over more than a century, to get coherent, repeatable, large, signal-to-noise data on paranormal activity (a million episodes of Ghost Hunters not withstanding).

Another key point is that evidence for dark matter pushing around the luminous stuff we can see pops up in lots of places other than the rotation of galaxies. It’s needed to explain the bending of light in gravitational lenses and it’s needed to understand the clustering of zillions of galaxies on the universe’s largest scales. In other words, the ghostly dark matter is part of a dense web of observations and their explanations. There isn’t just one reason to “believe” in dark matter.

But here is the rub. For years now, people have been looking for direct evidence of dark matter. This is the equivalent of seeing a ghost with your own eyes rather than seeing the kitchen drawers it keeps opening. After a whole lot of work, no one has found conclusive evidence for a dark matter particle (dark energy is different kind of story in terms of direct searches).

It’s still early in the game but, at some point, if nothing is found, scientists may have to re-evaluate their “belief” in dark matter. In that case, they will have to come up withother explanations for the bumps we know we’re hearing in the night.

Adam Frank is a co-founder of the 13.7 blog, an astrophysics professor at the University of Rochester, a book author and a self-described “evangelist of science.” You can keep up with more of what Adam is thinking on Facebook and Twitter:@adamfrank4 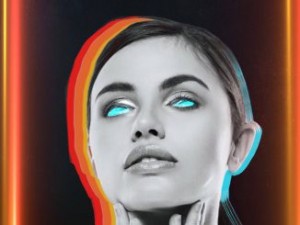 The thing is: We’d never know it anyway.  In a note to clients out Tuesday, Bank of America Merrill Lynch said there’s a 20%-50% chance that we’re living in the matrix — meaning that the world we experience as “real” is actually just a simulation.  The firm cites comments from Elon Musk, Neil deGrasse Tyson, and Nick Bostrom’s seminal paper on the issue as the basis for its 20%-50% view.  Here’s BAML (emphasis added): “Many scientists, philosophers, and business leaders believe that there is a 20-50% probability that humans are already living in a computer-simulated virtual world. In April 2016, researchers gathered at the American Museum of Natural History to debate this notion.

The thing is: We’d never know it anyway.

In a note to clients out Tuesday, Bank of America Merrill Lynch said there’s a 20%-50% chance that we’re living in the matrix — meaning that the world we experience as “real” is actually just a simulation.

The firm cites comments from Elon Musk, Neil deGrasse Tyson, and Nick Bostrom’s seminal paper on the issue as the basis for its 20%-50% view.

“Many scientists, philosophers, and business leaders believe that there is a 20-50% probability that humans are already living in a computer-simulated virtual world. In April 2016, researchers gathered at the American Museum of Natural History to debate this notion. The argument is that we are already approaching photorealistic 3D simulations that millions of people can simultaneously participate in. It is conceivable that with advancements in artificial intelligence, virtual reality, and computing power, members of future civilizations could have decided to run a simulation of their ancestors.”

BAML also notably highlights Nick Bostrom’s three probable scenarios for the human race, which are 1. extinction before reaching a “posthuman” stage, 2. reaching posthuman existence but not simulating evolutionary history, and 3. we are in the matrix already.

Reading Bostrom’s 2003 paper, however, makes clear we’d never really have access to full knowledge of any of these scenarios because, as Bostrom concludes, “Unless we are now living in a simulation, our descendants will almost certainly never run an ancestor-simulation.”

This “if true, then true, otherwise false” construct means none of this philosophical struggle really matters anyway.

We’re either in the matrix or we’re not. And if we’re not, we’re unlikely to create the matrix because if the matrix were plausible it would’ve been created anyway. And we’d be in it.

Of all the various aliens, axe murderers and leprechauns that inhabit the realms of folklore and myth, there is none so ancient, enduring and captivating as that of the Loch Ness Monster.

More famous than Bigfoot, Chupacabra or the Jersey Devil, for untold years both locals and visitors to the placid highland waters have reported sighting a mysterious serpentine creature gliding through the lake before silently disappearing below the waves again.

Of course, a gigantic Scottish plesiosaur is a difficult thing to miss, assuming that it does exist. There have been many attempts made in the past by scientists and sceptics to definitively prove or disprove once and for all the existence of the legendary creature. But despite using the most expensive radiographs and sonar available, there continues to be fresh footage and images of the purported animal even today. To see the latest sighting of Nessie for yourself, click here for more stories.

To deter robbers from looting the tombs of great Pharaohs, ancient Egyptians may have constructed primitive machines inside the pyramids to defend royal funerary chambers. Archaeologists have digitally reproduced such protective mechanism used inside the Great Pyramid of Giza. The digital model, which appears in an episode of the US Science Channel’s series Unearthed, clearly suggests the ancient Egyptians were not just resorting to prayers to make sure their kings’ final rest was not troubled by tomb raiders. Rather they took the time to think through and design an effective line of defense. The Great Pyramid of Giza was constructed some 4,500 years ago and completed in 2560 BC under the rule … more
July 13, 2016 admin 0

A ‘violent, head-on collision’ between Earth and a developing planet called Theia formed the planet that we live on today and also created the moon, according to new research.

A ‘planetary embryo’ called Theia, thought to be around the same size as Earth or Mars, collided with Earth 4.5 billion years ago with the two being effectively melded together to form a single planet, says the study.

The head-on smash took place approximately 100 million years after the Earth was formed.

While it was already known that the two planets collided, it was previously thought that Theia merely grazed Earth, causing the former to break up, with a piece of the fledgling planet forming the moon.

If that were the case, the moon would have a different chemical composition to Earth because it would be made up predominantly of Theia.

Researchers at the University of California studied moon rocks brought back to Earth by the Apollo 12, 15 and 17 missions, along with volcanic rocks from the Earth’s mantle, found in Hawaii and Arizona.

They found that the rocks from the moon and Earth had almost identical oxygen isotopes, turning the previous theory on its head.

“Theia was thoroughly mixed into both the Earth and the moon, and evenly dispersed between them,” said lead researcher Edward Young. “This explains why we don’t see a different signature of Theia in the moon versus the Earth.”

While Theia ended up incorporated into Earth, Young says that it would probably have become a planet in its own right if the collision hadn’t taken place.

The research was published in the journal Science.